Looks like our favorite fetish social network is purging again, and has been silent on it again too. Right now there is no credit card payment option, no add new group link, and groups and fetishes on the banned words list are disappearing. The only official word on the recent actions taken were on a post about removing blood photos and that it was due to the new political climate here in America.

I ran across this the other day. Thought it was a neat idea so I thought I would share. A prospective partner was into breast torture, and being into torture I was interested. This sparked my imagination so I did an Amazon search for giant rubber bands….  Snap the old tits to the attention. 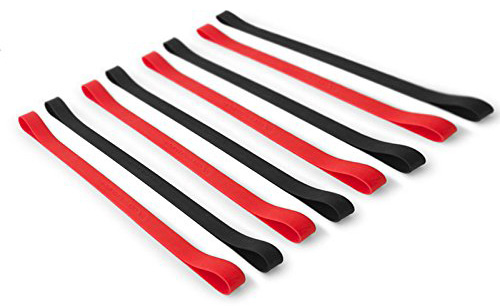 18″ rubber bands, made from silicone. Have a nice snap. I can’t wait to try them out.

The WordPress.com stats helper monkeys prepared a 2015 annual report for this blog.

The concert hall at the Sydney Opera House holds 2,700 people. This blog was viewed about 58,000 times in 2015. If it were a concert at Sydney Opera House, it would take about 21 sold-out performances for that many people to see it.

I was reading the other day about a very well known professional submissive who had a bad scene. While she was tied up, on stage, the person she was with refused to stop when she said to stop.  He was wanting her to say, “red”. It is sad to see such a fuck up. I blame the dom/top for the scene, but it is a good reminder that we need to take responsibility for our actions and the safety in the scene.  I don’t fetishize safety the way Jay Wiseman does, but he does make some good points. I believe I can simplify it a bit and still be useful.

I’m taking this as wrote that who is involved and where and when are covered, but if you don’t know for sure, don’t assume that a 3rd party won’t join in.  I would cover these topics while discussing the scene with the bottom partner. Not all do so explicitly so make sure they are covered, particularly if you are with a new partner you are considering playing with.

The aspects I would say I would focus on are the following in no particular order:

Stopping conditions:  What will cause you to stop? Safe word? A simple no? Medical condition? Bleeding?  Anything you can think of to end the scene.

After Condition: After care, who does it, is it needed? How much is typical? How long is typical? Is a follow up call after a few days appropriate/needed? Not everyone is the same, and if the bottom is new, you will have to play it by ear.

Limitations: I don’t typically negotiate what I am doing in a sceen because I don’t usually have a clue what I want to do, but I do know what the person isn’t ok with. No Canes? No whips? No blood?  Those are part of this.  Also, medical issues the person has. STDs, I would part of this. Can they be suspended safely? Anything that can be hinderance to the scene is here.

Anything else: Talk to each other, find out what they want from the scene. What you can offer in the scene. This goes for the Top and the bottom.

Good luck and have fun,

I don’t watch cam girls, but I love reading about them. I found a great article on Medium written by a cam girl about how hard it is to make a different living. It takes hard work, dedication to the job and a love of the work.  Check it out.