Being an active member of the S&M community, I sometimes have interesting things find their way into my inbox.  Today I found this:

I have a new novel out, and this is the website to purchase it from: Kemi-Ka

The novel is entitled, “Chronicles of the Nubian Underworld: The Awakening”

E-book, paperback, and hardcover versions will be available to purchase.

I am writing under the pseudonym Shakir Rashaan…

Happy reading, and thank you for your support….

Here is a synopsis of the novel:

Being a part of the alternative lifestyle can be a wild experience, but it also has its dangers as well, as Ramesses and his “Mentor” Amenhotep can attest to, definitely. Ramesses and his wife, Neferterri, have their bevy of submissive beauties at their wanton call and desire, not to mention a close inner circle of friends that they “swing” with, while Ramesses’ “Mentor” Amenhotep is on the verge of collaring his newest, and tenth, slave to reside with him at the Palace. Lavish collaring ceremonies, decadent parties, libidinous guests. Life is good within the “Nubian Underworld” of ATL.

But all hell breaks loose when Ramesses and Neferterri begin losing their submissives to a variety of reasons and rationales, trouble begins in what was assumed as “paradise” between one of the couples in the inner circle after the party at the Palace, and Amenhotep himself getting caught up in a sting operation that unfortunately makes the news and threatens to blow the lid off of the “POC Community” that thrives on the anonymity of its members. Despite it all, everyone in the circle is there for one another, no matter what.

I found the cover to be subtle and very nicely done. 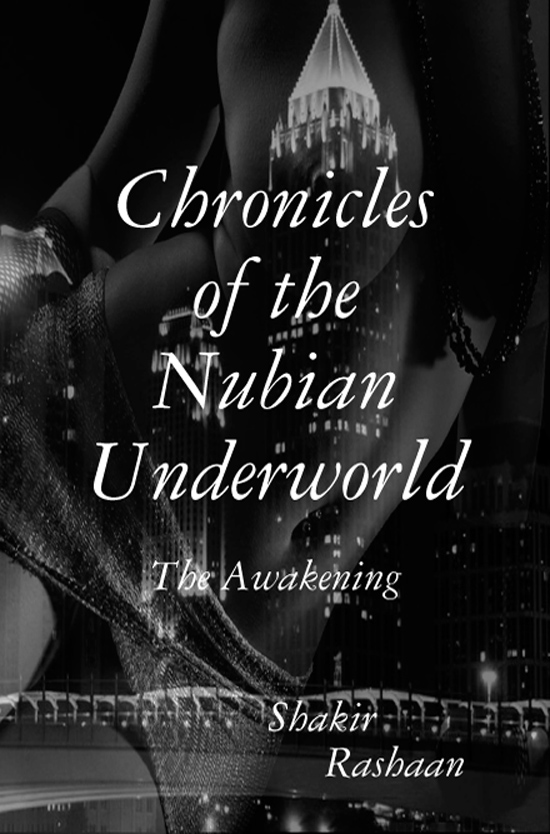 I was sent a small synopsis from the author,

Pharaoh Khaf-Ra is a lifestyle Dominant living in the Atlanta area and married to Empress Nahara. Together they rule the House of Kemi-nesew. Theirs is a Dominant Couple dynamic and they lead their House in that fashion, with an emphasis on the polyamory aspect as well.

Pharaoh, writing under the pseudonym Shakir Rashaan, has come out with a debut novel series entitled, “Chronicles of the Nubian Underworld”.

Pharaoh and Empress decided that the best course initially to get the novel published was to go the self-publishing route, which culminated into the conception of Kemi-Ka Publishing, LLC. The reason was to retain the publishing rights for “Chronicles” and further books to come, rather than to go through the process of long term contracts with self-publishing companies that were already established. That, and there aren’t very many publishing companies that are pushing lifestyle works from an African-American perspective.

In the first installment of the series, “The Awakening”, the journey opens with a focus on Kitana, lifestyler who is a close friend to the central characters, Lord Ramesses and Lady Neferterri. She unexpectedly begins her “awakening” at a collaring ceremony that she and her husband Ice are invited to by asking Ramesses and Neferterri to be trained and eventually belong to them as a collared submissive.

Other subplots in the novel concern other side characters in the novel, Ramesses’ mentor Amenhotep, as well as another swinger couple, Jasmine and Jay, but the central focus is the awakening and initial journey of Kitana as she transitions into becoming a lifestyle submissive.

“She is not the only one in the novel that experiences an awakening in the novel, but I don’t want to give away the whole plot line. I made sure to throw as much at the reader as possible just for fun and to keep it entertaining. I’m hoping it will be an interesting read for all that decide to purchase the novel, which we’re hoping will be a lot!”

I am an over 50-year-old Lifestyle Master living near Charlotte, NC. View more posts